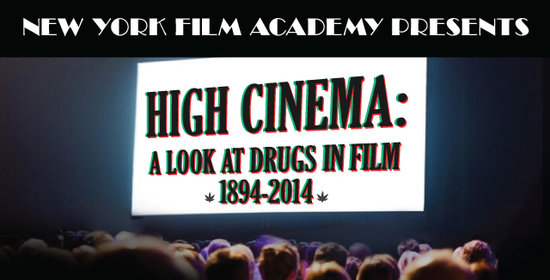 Here I have an enormous infographic from the New York Film Academy all about drugs in movies from 1894 all the way through to 2014. The infographic is broken down into 4 main sections including eras, usage, representation and perception.