The Best-Selling Car in Nearly Every Country

19 Aug The Best-Selling Car in Nearly Every Country

Today I have a high quality infographic from the Australian insurance provider called Budget Direct that reveals which cars are the most popular in nearly every country around the globe. Some of their key findings are that Toyota is the most-sold brand in 41 countries, the Toyota Hilux is the best-selling car in Australia and the top-selling car in the United States is the Ford F-150. 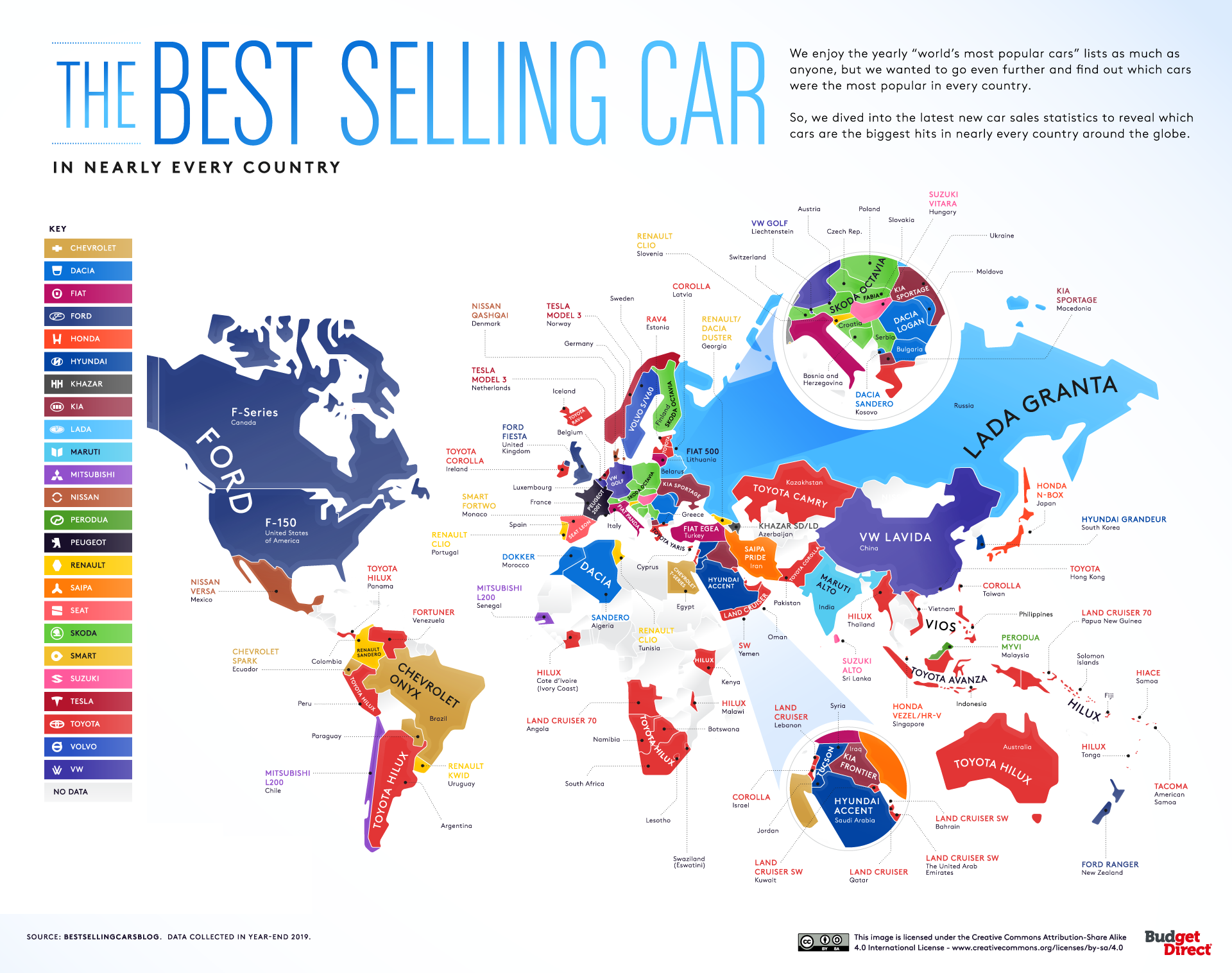